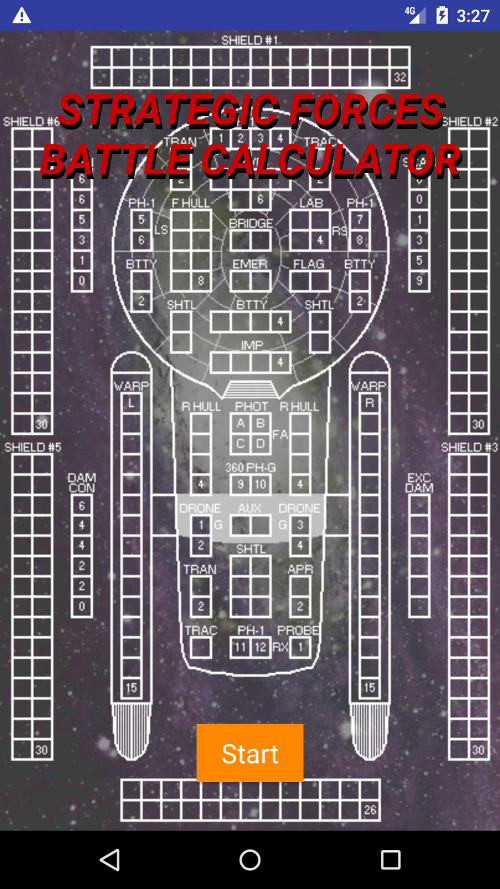 This project originated with my interest in playing Star Fleet Battles (SFB) from Task Force Games when I was much younger. My friends and I would play this for hours spreading the hex map on the floor and trying to keep the ship chits (markers) from sliding all over the map as people touched board.

The game tended to bog down when it came to the Damage Allocation part of the game and it tended to make the game tedious. So one of my old friends, Alan, built a damage allocation program for the C64.

Many years later my first son, Jordan, took up this interest in SFB when he was young and we would plod through the same process as before. Well by this time graphics were much better. It occurred to me that I could scan in the SSDs (Ship Status Display: ship schematics with the facilities boxes on them) and color the boxes on the computer. This lead to the idea to get the computer to moderate the Damage Allocation process and animate the destruction of the ship facilities.

So my son and I got busy and started to program this SFB helper program. Unfortunately, the sticking point was that the SSDs were extremely tedious to convert into electronic form for the computer to display and alter as damaged occurred. It took hours to convert one SSD and there were dozens of SSDs available (and new ones produced all the time) and so the project halted there.

Until recently that is. Now that I’ve had some Computer Vision training and with the advent of OpenCV the process of automatically converting SSDs is starting to look fairly straight forward. As well now that everybody is carrying around a computer with an embedded camera this seems like a great opportunity to get my OpenCV software working.

I tried one of the demo OpenCV programs on an SSD and it easily converted the facilities boxes, the straight lines and circles of the schematic would be simple in comparison. So this re-ignited my interest in SFB again.

But then I thought — all those old Strategy&Tactics board games that I used to play could be made to play much faster with this game tool and thus the idea of SFBC was born.

In the process of figuring out how to incorporate the game rules for all these games into SFBC it occurred to me that there are quite a number of similarities in implicit and explicit rules between all these games. That means that the rules could be mediated by a game definition file. Then it occurred to me that it would be easy to build a game helper tool to take the tedium out of keeping track of where the units are and the damage that was done and the results of combat.

Thus SFBC would be designed to be as flexible as possible to facilitate its use in all board games of this nature as well as any users would like to build for themselves. It would allow for the compilation of a fleet of units like a tank battalion or a ship armada, keep track of the movement of those individual tanks, ships etc and would maintain a record of damages/repairs to these units.

Finally, it would be nice if users could write up game, scenario, and SSD type files for games that they would like to create and, hopefully, share. 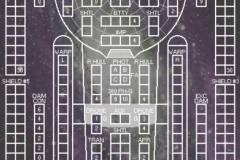 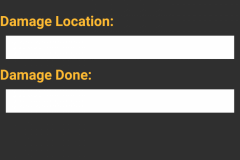 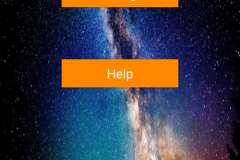 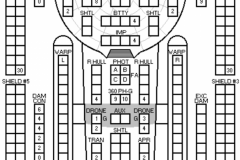 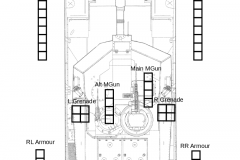